The environment is serisouly impacted by the food choices we are making. There may be no other single human activity that has a bigger impact on the planet than the raising of livestock.

Around 40% of the world's land surface is used for the purposes of keeping all 8 billion of us fed-some of us, of course, more than others...

The vast majority of that land, around 30% is used to support the pigs, cows and dairy products we eat.

Food's Impact on the Environment:

This is an image that changed how I felt global warming and climate change in New Zealand:

We might be a small country which has little imapact on the global scale but our statistics are alarming!

Two-thirds come from methane, emitted when cows burp. Methane is an extremely potent greenhouse gas, 25 times more potent than carbon dioxide. More alarmingly, one third of agriculture's emissions are from nitrous oxide gas caused by livestock urine, manure and artificial fertilizer use. In comparison nitrous oxide is 300 times more climate-damaging than carbon dioxide. This type of emission accounts for 16% of all New Zealand's greenhouse gas emission, more than the total road transport emissions. This is only one of the ways agriculture contributes to greenhouse gas emissions.

Looking after our environment should be a top priority!

The New Zealand Agriculture Global Climate Change Fact Sheet Claims that between 1980 and 2000 the annual meat consumption in the developing world tripled. This is projected to rise to more than 200 million tonnes of meat being consumed each year by 2030.

In many regions of the world, consumption patterns are developing or have developed from plant based foods to high-protein livestock diets. Increase in meat consumptoion has taken place and will continue to take place. Increased demand has been meet with increased production. Economic and other incentives have been increasing the output and intensity of livestock production. This has lead to increased pressures on natural environments, water and atomospheric pollution from increased meat and dairy production.

Such environmental problems are projected to worsen in the future as demands for livestock continues to grow.

The boom in increased livestock production also mostly took place on deforsted land. Further demand for animal products will create further clearance of forest land to meet this demand. Such clearances are estimated to be responsible for around 9% of global greenhouse gas emissions each year. 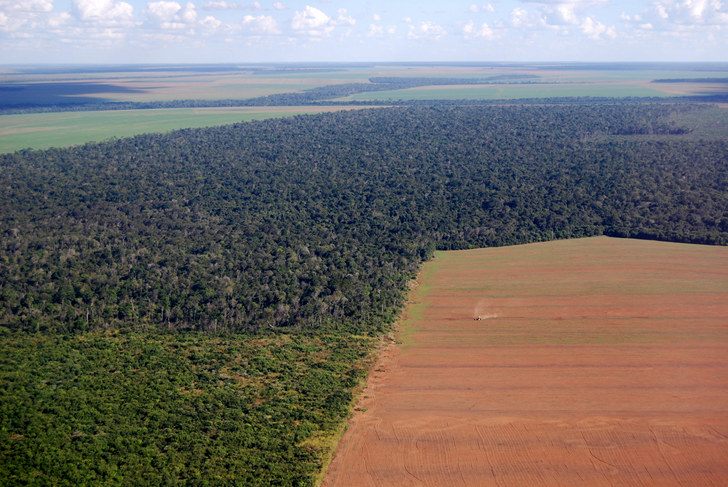 According to the Ministry of Agriculture and Forestry, around 455,000 hectares of land is at risk of being deforested and converted into farming land-the majority for dairy farming. This is the equivalent of over seven times the size of Lake Taupo. Dairy conversion of forestry land functions as a 'double whammy' on the climate, as it destroys forests and replaces them with dairy farming which is one of the most greenhouse gas intensive forms of land use.

Other environmental impacts include polluted waterways and ground water. According to National Institute of Water and Atmospheric Research figures, 90% of lowland rivers are polluted by farming, either with animal effluent, or fertiliser run-off. Statistics show that there has been a 29% increase since 1990 of nitrogen on land from livestock and fertiliser. This nitrogen leeks into rivers and lakes, polluting our waterways. There has been a 12% increase in nitrogen in rivers since 1990. 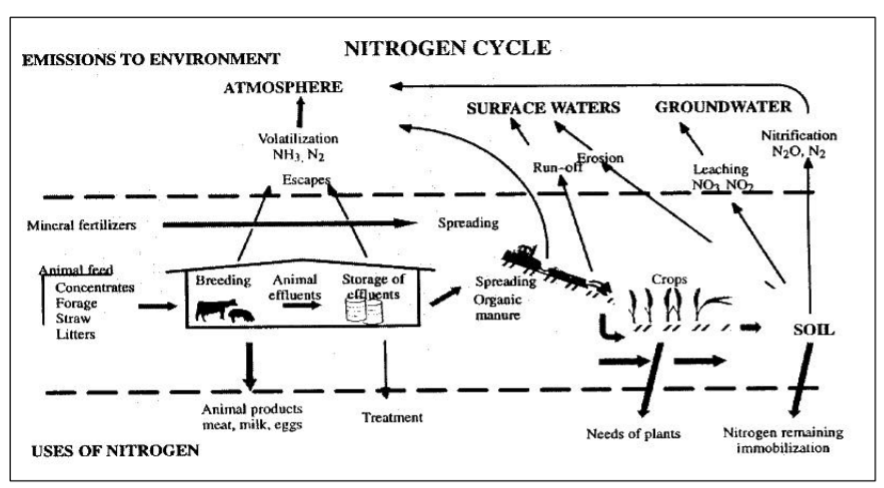 Nitrogens addition to the soil pose human and animal health risks. Decomposition of manure releases this element directly into surface waters or is leached through soil into ground water sources. This leads to eutrophication of fresh and coastal water and contamination of groundwater which threatens the quality of drinking water and damage to aquatic and wetland ecosystems. In surface water, nutrients may cause excessive growth of algae and fish kills.

To learn more about what you can do to reduce your environmental impact, check out this website: Tips for further reducing your carbon footprint! 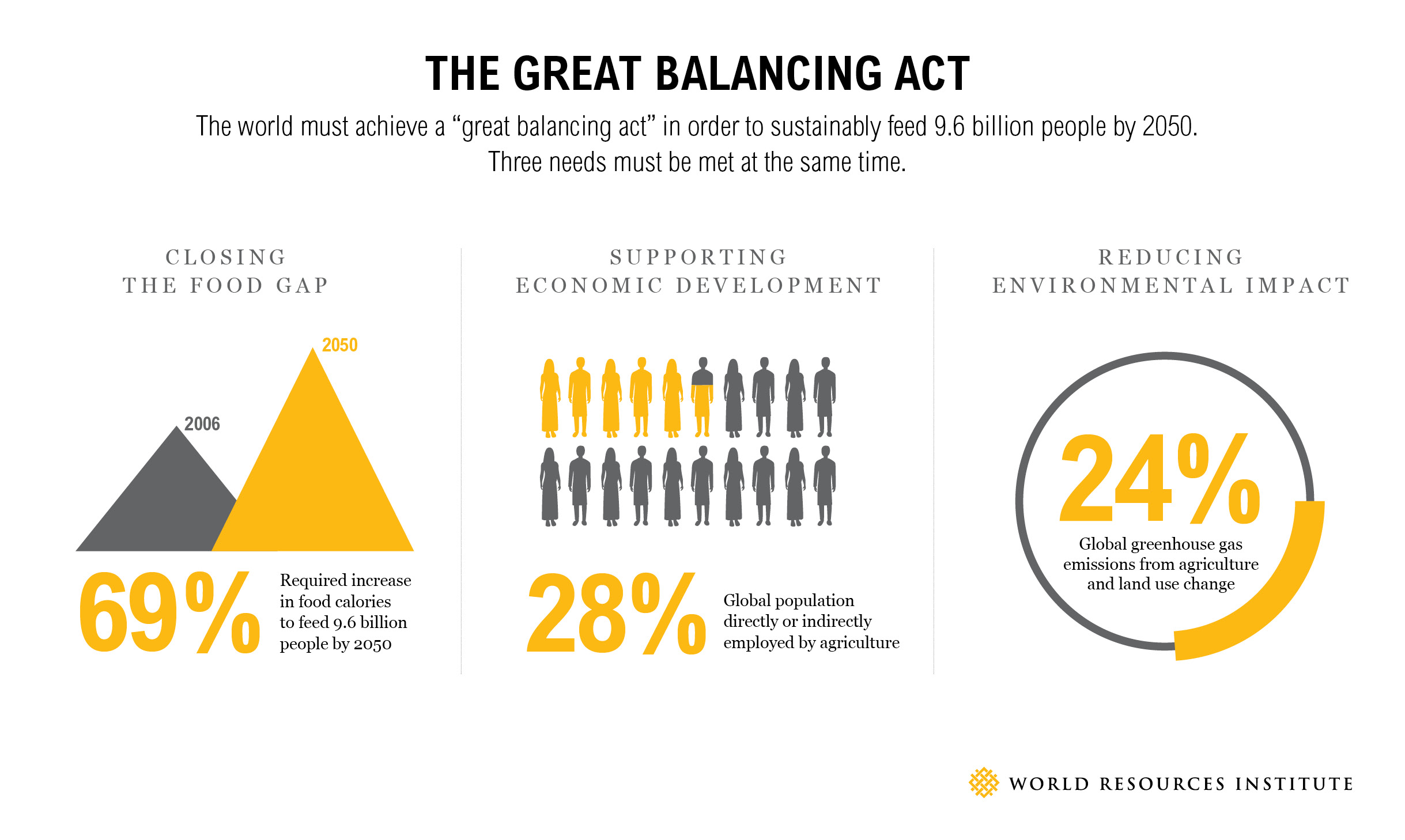 The need to feed the growing population has also placed heavy pressure on land and natural resources. Such pressures are another reason consumers need to eat more sustainably.

Environmental degradation such as water and atmospheric pollution from increased livestock production, as well as increasing pressures on land and labour resources are major reasons why change in our western diet needs to occur

You can help by eating sustainably!

Here is one of my favourite webpages on how the environment is impacted by your diet:Earth Share

Here's a list of the simple steps you can take to reduce your impact on the environment through your food choices:

2. Reduce your meat and dairy intake as much as possible

3. Eat mostly fruit and vegetables which have a lower carbon footprint

Not everyone could very easily give up meat. In which case, the most environmentally-friendly meats are pork and poultry. These meats only account for 10% of the total livestock greenhouse gas emissions. Pigs and chicken are also more efficient to feed, requiring 5 times less feed to produce 1kg of meat than from a cow or sheep.

Take this link to see some of my meal ideas to reduce your daily impact on the environment: Environmentally Friendly Recipes